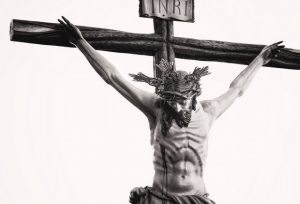 MATTHEW 2:1-2 NKJV
1 Now after Jesus was born in Bethlehem of Judea in the days of Herod the king, behold, wise men from the East came to Jerusalem,
2 saying, Where is He who has been born King of the Jews? For we have seen His star in the East and have come to worship Him.

JOHN 18:37 NKJV “Pilate, therefore, said to Him, Are You a king then? Jesus answered, You say rightly that I am a king. For this cause I was born, and for this cause I have come into the world, that I should bear witness to the truth. Everyone who is of the truth hears My voice.”

Today I will be concluding my series Jesus the Messiah, Prophet, Priest, and King. These four titles all have very significant meanings to who Jesus is.

A MESSIAH anointed to save, heal and deliver. A PROPHET to proclaim God’s Word. A PRIEST to intercede and mediate for people and A KING to rule.

Most Christians know these terms but probably don’t really understand how they relate to Jesus. Most would say they know Him as Lord but He is also the Messiah, Prophet, Priest and King.

Firstly we looked at JESUS THE MESSIAH or CHRIST both words mean the same thing ONE WHO IS ANOINTED.

Secondly, Jesus is PROPHET in that He came speaking a direct message from God to repent for the Kingdom of God is now.

Thirdly Jesus is the Great HIGH PRIEST because He paid the price for our sins and applied His own Blood on the Mercy Seat of heaven.

Fourthly as we will see today JESUS CHRIST is KING. As it says in REVELATION 19:16 NKJV “And He has on His robe and on His thigh a name written: KING OF KINGS AND LORD OF LORDS.”
Jesus Christ as KING means that He rules over a Kingdom and that Kingdom is the Kingdom of God. On the earth today there are two kingdoms vying to rule over the hearts of humanity.

We may not see it like that because we only consider the natural realm of where we live and under what government rules us but in the spiritual realm there are two kingdoms.

Those two kingdoms are God’s Kingdom and Satan’s kingdom. Both God and Satan seek to rule people’s lives. One is destructive the other is full of life eternal.

So right here we see Jesus explaining the two kingdoms on the earth right now. Most people are born into Satan’s kingdom without even realising it or with no power or say in it.

Satan’s kingdom is defined as a kingdom ruled and run by evil, lawlessness and disobedience to God, His Word and His Ways. The consequences are tragic because sin, curses and demons are what control this kingdom.

Look around the world today and you see the rule of satan.
Satan’s kingdom started when he deceived Adam and Eve in the Garden of Eden and caused them to be seduced into disobedience.

But God had an answer to win back humanity to Him. Enter His very own Son Jesus Christ. Now notice when Jesus began His ministry what He began to proclaim.

Only a King can make such a command or decree because when a King speaks it is a decree or legal binding command.

Jesus was effectively saying that I am here to push back and drive out the enemy of sin, curses and demonic affliction and when I do I am advancing my Kingdom of salvation, healing and deliverance.

Once you are BORN AGAIN you have officially entered the Kingdom of God and now it’s time to SEEK OUT THE KINGDOM OF GOD to learn how to live in it.

MATTHEW 6:25-33 NKJV
25 Therefore I say to you, do not worry about your life, what you will eat or what you will drink; nor about your body, what you will put on. Is not life more than food and the body more than clothing? 26 Look at the birds of the air, for they neither sow nor reap nor gather into barns; yet your heavenly Father feeds them. Are you not of more value than they?
27 Which of you by worrying can add one cubit to his stature?
28 So why do you worry about clothing? Consider the lilies of the field, how they grow: they neither toil nor spin;
29 and yet I say to you that even Solomon in all his glory was not arrayed like one of these.
30 Now if God so clothes the grass of the field, which today is, and tomorrow is thrown into the oven, will He not much more clothe you, O you of little faith?
31 “Therefore do not worry, saying, ‘What shall we eat?’ or ‘What shall we drink?’ or ‘What shall we wear?’
32 For after all these things the Gentiles seek. For your heavenly Father knows that you need all these things.
33 But seek first the kingdom of God and His righteousness, and all these things shall be added to you.

And what are we seeking? The answer is in LUKE 8:9-11 NKJV
9 Then His disciples asked Him, saying, What does this parable mean?
10 And He said, To you it has been given to know the mysteries of the kingdom of God but to the rest it is given in parables, that
‘Seeing they may not see, And hearing they may not understand.’
11 Now the parable is this: The seed is the word of God.

The parable that Jesus is speaking about is the parable of the sower. It’s a critical parable because in another Gospel account of the same story Jesus said MARK 4:13 NKJV And He said to them, Do you not understand this parable? How then will you understand all the parables?

Because the primary law of God’s Kingdom is that everything begins with a SEED. First the SEED then the HARVEST and you can apply this to every area of your life GOOD and BAD.

GALATIANS 6:7 NKJV “Do not be deceived, God is not mocked for whatever a man sows that he will also reap.”

Listen my Christian life is the result of constant SOWING to the Spirit. Before I was saved I only sowed to the flesh (GAL 6:8) and my own selfish desires but now that I understand how the Kingdom of God functions I live by it’s Kingdom laws and reap the benefits.

‘SEEK FIRST THE KINGDOM’ doesn’t mean only the kingdom but SEEK IT FIRST in your life.

What we are to be seeking daily is His Word because contained in it are mysteries that will unlock your potential for healing, prosperity, inner peace, success, miracles and the blessing of God.

Now Jesus makes a command to His disciples or His ministry team and notice what He tells them to do…LUKE 9:2 NKJV “He sent them to preach the kingdom of God and to heal the sick.”

Do you know what identifies the Kingdom of God? It’s salvation, healing and deliverance. God’s Kingdom is a spiritual territory of salvation of spirit, healing of the body and deliverance of the soul. It’s a complete restoration of the human being.

This is what Jesus commanded His disciples to do and this is what I seek to continue to do. It’s why we exist. Today my desire is to increase God’s kingdom and take ground over satan’s kingdom by preaching the Gospel, praying for people to be saved, healed, and delivered in Jesus’ name.